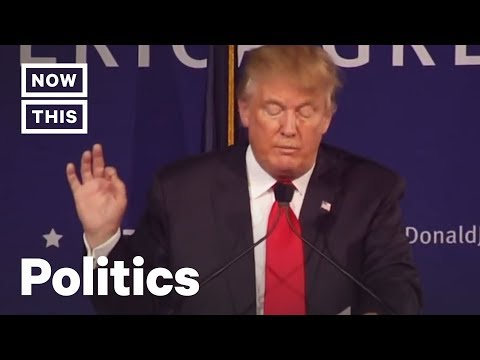 Islamophobic hate crimes have spiked, while Pres. Trump continues to spread lies and fear about Muslims. » Subscribe to NowThis: http://go.nowth.is/News_Subscribe In US news, President Trump's anti-Muslim and Islamophobia is under a microscope after the New Zealand Christchurch mosque attack. Going back to the election 2016, Donald Trump has expressed anti-Muslim views, including a proposed Muslim ban in the United States from certain Muslim majority nations. Trump brought fringe views of the Republican party to the forefront making an impact on decision 2016. After the New Zealand attack, people around the world are condemning hate against Muslims, including the infamous eggboy who hit an Australian lawmaker with an egg. Trump's history of speaking against Muslims is very clear. #Trump #Islamophobia #Muslims #HateSpeech #DonaldTrump Connect with NowThis » Like us on Facebook: http://go.nowth.is/News_Facebook » Tweet us on Twitter: http://go.nowth.is/News_Twitter » Follow us on Instagram: http://go.nowth.is/News_Instagram » Find us on Snapchat Discover: http://go.nowth.is/News_Snapchat NowThis is your premier news outlet providing you with all the videos you need to stay up to date on all the latest in trending news. From entertainment to politics, to viral videos and breaking news stories, we’re delivering all you need to know straight to your social feeds. We live where you live. http://www.youtube.com/nowthisnews @nowthisnews